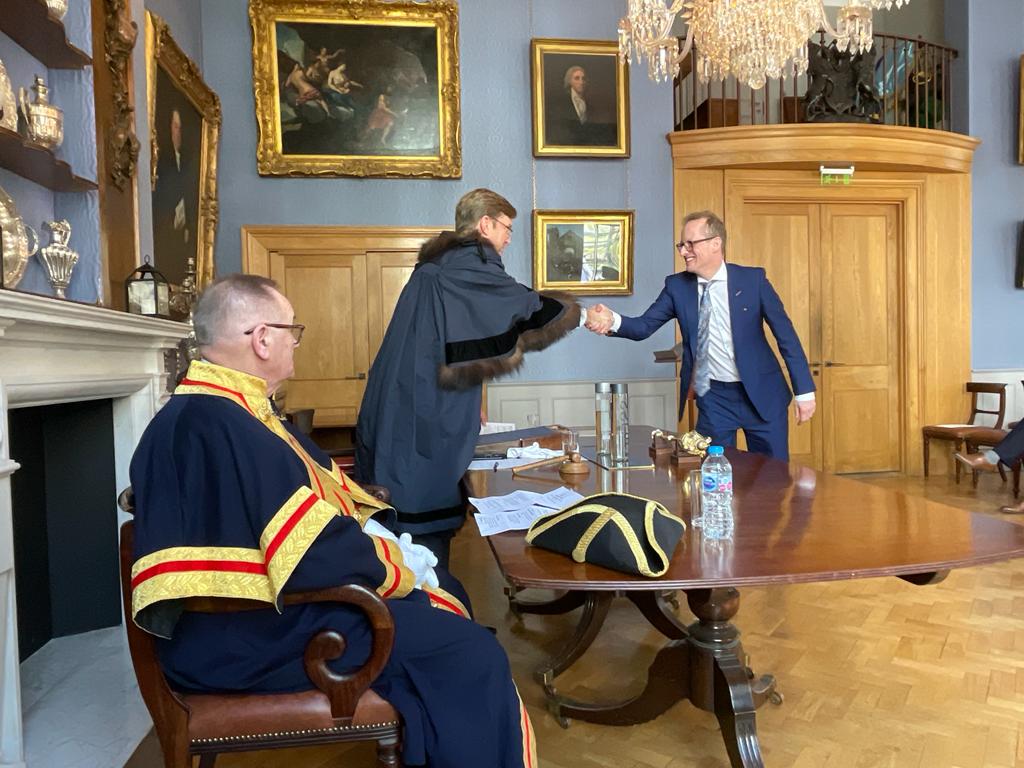 Voters in the City of London have cast their votes to elect their representatives to the Square Mile’s governing body. A total of 100 Members were elected by resident and business voters yesterday to the City of London Corporation’s principal decision-making body, the Court of Common Council.

The City’s electoral register stood at its highest level for seven years with almost 20,000 voters – up nearly 50% on last year.

A diverse range of people from across the City community – including workers and residents – put themselves forward for election with 117 candidates standing. More than half of new candidates were either women or people from black, Asian or minority ethnic backgrounds.

The City’s unique elections reflect the unique nature of the Square Mile, which is home to around 9,000 residents and 550,000 workers. All eligible residents and a proportion of City workers were eligible to vote.

Ward of Cheap Councillors Alastair Moss, Nick Bensted-Smith and Tijs Broeke were re-elected by the meeting of electors in Cheap (historic ‘Wardmote’ or meeting of citizens).

We would like to thank everyone for your confidence. It is an absolute privilege to serve as your Common Councillors. Over the last few weeks we’ve had a chance to meet many City workers and businesses directly to discuss your priorities, and we shared a survey to get your views.

Your two top priorities were clear, 75% of respondents expect strong engagement and clear communications from us as your local Councillors, and 87% said that ensuring the City remains globally competitive should be our top priority.

Your feedback has shaped our commitments – Click here to read more about our manifesto.

We are determined to continue to listen to you, represent your views and help accelerate the City’s recovery, keeping it globally competitive and locally vibrant.

Election results across the City can be viewed in full at: https://www.cityoflondon.gov.uk/about-us/voting-elections/2022-city-elections-results