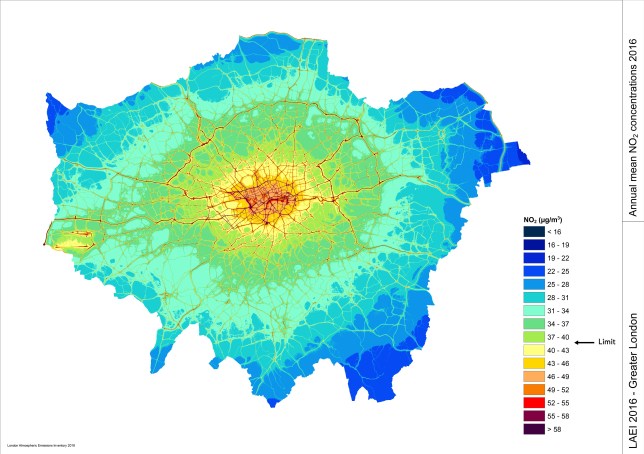 City of London targets 2025 for WHO NO2 guideline limits

This week City of London Corporation has approved a new Air Quality Strategy that aims for 90% of the City to meet the World Health Organisation’s (WHO) annual mean guideline of 40 μg/m3 for nitrogen dioxide (NO2) by 2025.

The plans were approved by the City Corporation’s Policy & Resources Committee of which I am a member. The strategy will also see the City procure only low and zero-emission vehicles through its contracts whilst encouraging other businesses in the City to use greener vehicles.

In addition, the City Corporation will make better air quality data available to the public by supporting the trial of new monitoring technology.

The new plan for air quality will work in tandem with its Transport Strategy, which features plans to turn parts of the Square Mile into zero-emissions zones by 2022, and its draft City Plan, which would require all new developments to include a greening element, improving air quality and biodiversity.

Catherine McGuinness, policy chair for the City of London Corporation:

‘These plans will lead to a significant improvement in the Square Mile’s air quality.
Londoners demand clean air. We are determined to ensure that the City Corporation continues to play a leading role in the UK’s drive to meet air quality standards. Our work is already having a positive effect, and we will continue to push for change, embracing new and ambitious approaches to tackling this health crisis.’

In 2017, the Corporation launched its own app called CityAir, which provides Londoners with low pollution travel routes across the capital, with advice and alerts when air pollution is high.

The City will also launch a pan-London idling engine action project this year in partnership with the London Borough of Camden, and with support from the Mayor of London’s Air Quality Fund.

28 London boroughs are expected to participate in the project, which will see a London-wide advertising campaign, volunteer-led action days, anti-idling workshops delivered in schools and training to companies and fleet managers about air pollution.