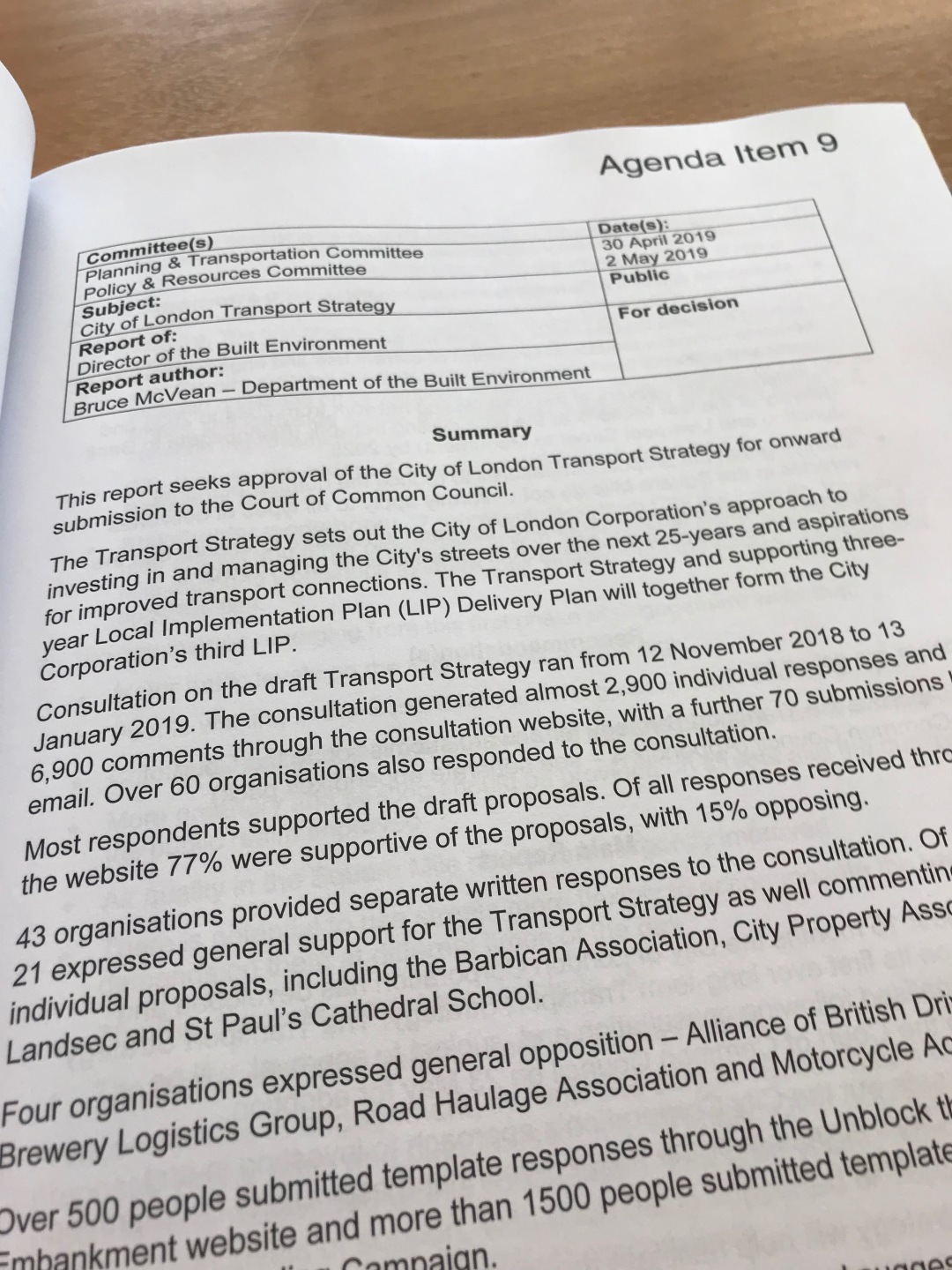 Over the last 15 months the City of London Corporation has developed and consulted on its first ever long-term Transport Strategy. The Transport Strategy has been finalised following consultation. As member of the Policy Committee I fully supported the approval of the Strategy earlier today. It was particularly great to see my fellow Ward of Cheap colleague Alastair Moss as newly elected Chair of Planning and Transportation present the plans. The strategy will now be submitted to the full Council meeting on 23 May for adoption.

The Strategy sets out the City Corporation’s approach to investing in and managing the City’s streets over the next 25-years and aspirations for improved transport connections. The Strategy includes ambitious proposals to reduce emissions from motor vehicles. These will be in addition to improvements that will be delivered by the Ultra-Low Emission Zone from April 2019. The intended shift to more electric vehicles will mean that slower speeds do not result in increased emissions, and smoother flows at lower speeds should mean less impact from braking and accelerating.

Some respondents expressed concern about the reallocation of street space to people cycling highlighting negative behaviours of people cycling and conflicts between street users arising from shared space and contraflow cycling lanes. I am a great supporter of improvement of cycle infrastructure in the City, but as mentioned previously I also believe it is important to promote, and where necessary, enforce safer cycling behaviour.

I also welcome the commitment to install additional electric vehicle charging infrastructure. Something I have advocated for as part of our ambition to champion a central London Zero Emission Zone.

Consultation on the draft Transport Strategy ran from 12 November 2018 to 13 January 2019. The consultation generated almost 2,900 individual responses and 6,900 comments through the consultation website, with a further 70 submissions by email. Over 60 organisations also responded to the consultation.

The key themes emerging from this first phase of engagement (February – March 2018) were that: