A week in the City: from celebrating the 50th Anniversary of The Royal Regiment of Fusiliers to promoting social mobility

After the Summer break the City was back in full swing. In our first week ‘back to school’ we had lots to celebrate and even more to discuss. I had the honour to join The Lord Mayor and other members of the Council to welcome HRH The Duke of Kent inspecting the Royal Regiment of Fusiliers celebrating their 50th Anniversary. At the economic development committee we discussed plans to strengthen our relationship with the US and Switzerland post Brexit, and at policy and resources we adopted plans to promote social mobility and digital skills. I was also elected deputy chair of our new homeless and rough sleeping sub committee.

The Royal Regiment of Fusiliers

The Royal Fusiliers (City of London Regiment) was an infantry regiment dating back to 1685. It was the first British Army regiment to be designated as fusiliers. In 1968, following 283 years of continuous service, it was amalgamated into The Royal Regiment of Fusiliers. It has a long historic connection to the City of London, and on Wednesday they marched through the City to celebrate their 50th Anniversary. It was an honour to join the inspection at Guildhall Yard, and speak to regiment members afterwards. Interesting historic fact for a Dutchman: The Royal Fusiliers first overseas deployments were to the Low Countries in 1689… I hope it was to help the Dutch Republic to become independent! 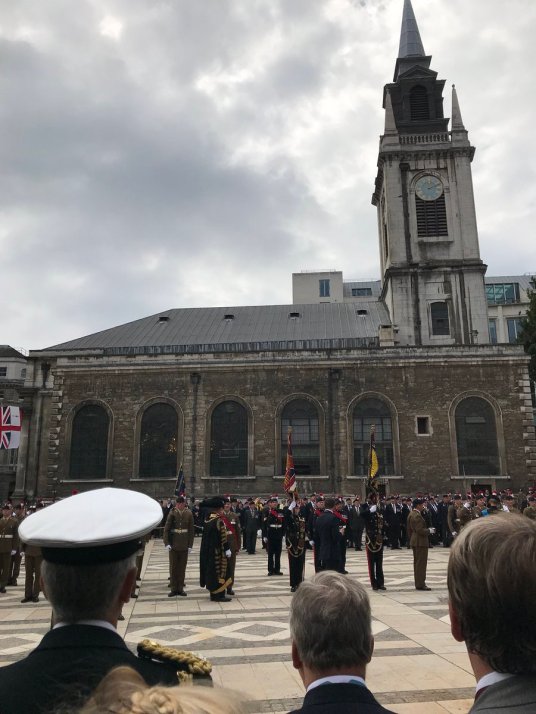