Last year I supported the initiative to fly the Pride flag at Guildhall and I was able to support a motion to make this an annual event. As I wrote a year ago “Symbols matter” and “Together we can change things for the better. Tradition and progress is what makes the City of London such a fantastic place”. We will be raising the Pride flag at 4.30pm 0n 2 July. Everyone is welcome to join in the Guildhall Yard.

This year City Pride, the City Corporation’s LGBT+ staff network, put forward the idea to take part in London Pride as well. An excellent idea – so together with other Councillors and the network we made sure this is happening. 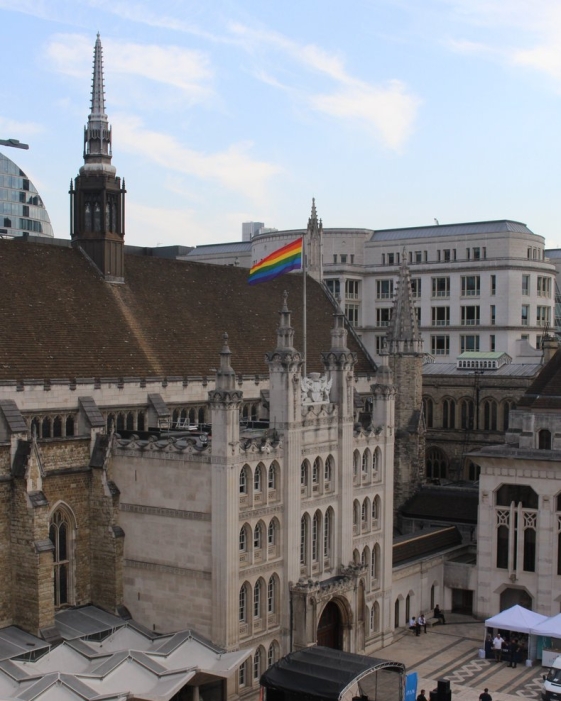 (Pride flag flying above Guildhall in 2017)

“Pride is the name and proud is, undoubtedly, what we are to be taking part in this wonderful celebration of LGBT+ people, and what has been achieved, in particular, over the last 25 years.

“Society is more accepting, the LGBT+ community is more visible and vocal than ever, and championing diversity is now firmly on the agenda of City businesses, but it would be naïve to suggest that prejudice no longer exists.

“The City of London Corporation’s involvement in Pride is our way of celebrating the growing diversity in the Square Mile, while also standing shoulder-to-shoulder with those working in communities to promote acceptance and tackle homophobia.”